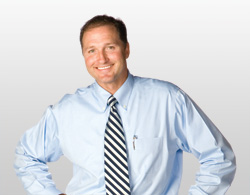 George Davison is the founder and chief executive officer of Davison International, Inc., a leading innovative product design and development company headquartered in Pittsburgh. Pennsylvania. With 240 new products being created each month at his cutting-edge 110,000 square foot product design and development factory, Davison and his team of award-winning Creationeers™ are an example of America's can-do spirit and ingenuity. Nobody in history has ever come close to this type of new product development volume. Davison's company delivers a constant flow of innovative products to companies, so that they can stay ahead of their competition.

Born in 1963, George Davison grew up in Oakmont, Pennsylvania, a suburb of Pittsburgh. He and his younger brother were raised by their mother. He comes from a long history of business ownership and management. On his father's side, in 1854, his family founded Davison Sand and Gravel Corporation, which they grew for over 125 years into the largest operation of its type in all of western Pennsylvania. What started out as a one-man business turned into a thriving company with dredge, truck, and plant operations that built the roads and foundations under steel plants of yesteryear. On his mother's side, there was McCreery Brothers Corporation, which designed, engineered, and fabricated heating and cooling systems for some of the most challenging structures in Pittsburgh. 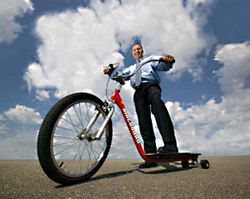 In his early years, Davison attended Shady Side Academy and The Kiski School. It was during this time that he discovered his love for creating new products. While most children his age were selling products that others had created, such as lemonade and candy, he was creating his own products and selling them to friends, classmates, and neighbors. When it came time for college, George Davison had two letters of nomination to the U.S. Naval Academy, one from Congressman Lyle Williams, and the other from Congressman Don Bailey. In 1982, he decided to attend Allegheny College. Davison graduated in 1986 with a Bachelor of Science in Economics and a minor in Computer Science. He also attended The Wharton School, University of Pennsylvania for various courses in executive management and seminars on new product development.

Wanting to follow in his ancestors' footsteps, Davison concluded that he too was going to build his own successful business. He decided to focus his new company on his passion, new product development. After spending two years developing his own products, he realized that there was a need for a company that could mass-produce innovative new product development on an outsourced basis to corporations. As the trend toward outsourcing new product design and development emerged, Davison's concept caught on. Companies began to depend on Davison International as their R&D partner and the business thrived. One of the components of this growth the Davison™ Method, which every new product his company designs and develops undergoes. It's a unique method that has revolutionized how a new product is designed and developed and came about as a way to integrate a product idea into a particular corporation's product-line. Besides creating products for corporations, Davison International also designs and develops its own products for licensing purposes. Today, George Davison's company is a driving force in the world of new product design and development and he is a highly respected voice of the industry. 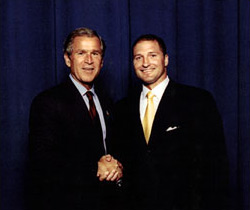 George Davison is also a deeply committed family man. His wife and three children encourage his inventiveness as he does in them. Davison is also currently writing a book that shares his knowledge and thoughts on the subjects of new product development and business leadership.